The weather here has heated up quite nicely and very much to my liking, not that that's a surprise since we're just about to flip the calendar to July. The point is, this is my kind of weather--I like it hot, hot, hot!

So it's very appropriate that I have a hot new card to show you from my most recent eBay purchase: 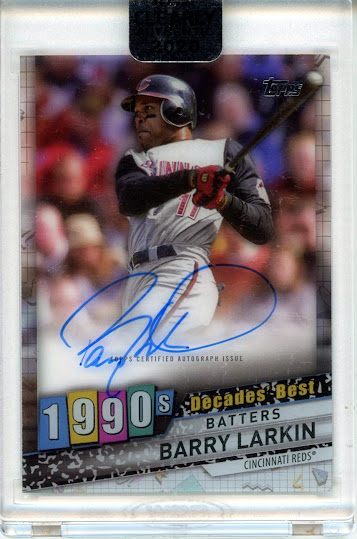 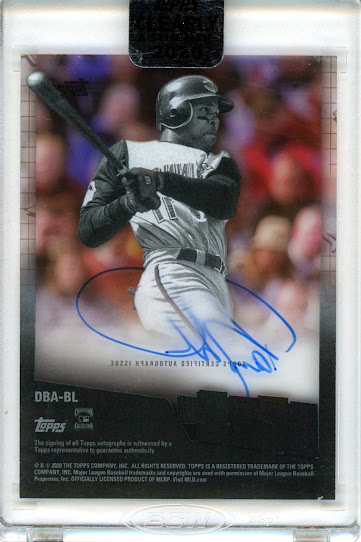 Around three weeks ago I was the high bidder on this 2020 Topps Clearly Authentic Decades' Best auto of Michigan/Reds legend and HOF SS Barry Larkin. It's--hold on a second, something's bugging me-- 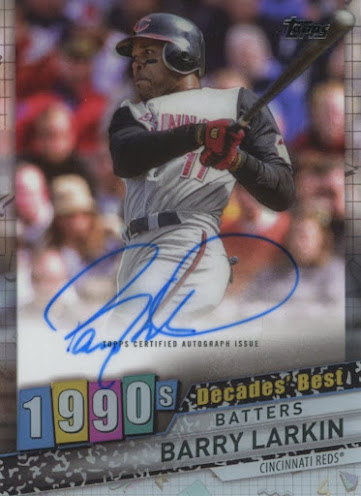 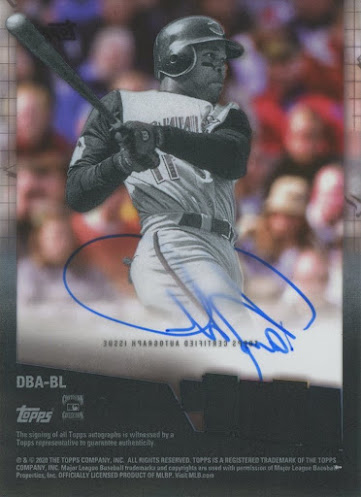 Ahhhhhhh, there we go! As I was about to say, it's from a product that gives you one magsafed/stickered acetate card per pack, though I chose to temporarily remove it from its slabby home long enough to get a scan of its true self. I paid a bit more than $42 when including tax and shipping, and that's right in the ballpark for some of Barry's better autos.

So let's talk just a bit about the card. It's an acetate version of that year's flagship product's Decades' Best insert, though it uses a different photo than what you'll find on either of Larkin's Series 1 appearances, which is totally fine. I've always been a fan of that style of Reds jersey anyway.

Among the reasons he's listed as one of the 1990s' best hitters:

Dude was good and everyone knew it, including the HOF voters.
So I'm a well known advocate of acetate, plus Barry has a very nice looping signature that he never feels the need to squeeze into a tiny space. This is a card I was very excited to add as my 25th Larkin hit, seven of which carry his  signature, and 898th card in his collection overall. Hooray for one milestone reached and another soon to be celebrated!

I have a couple ideas of what I might post next but haven't decided yet, so in the meantime I hope everyone else enjoys the summer weather and what's clearly a hot new card for my collection!
Posted by Dennis at 7:42 PM