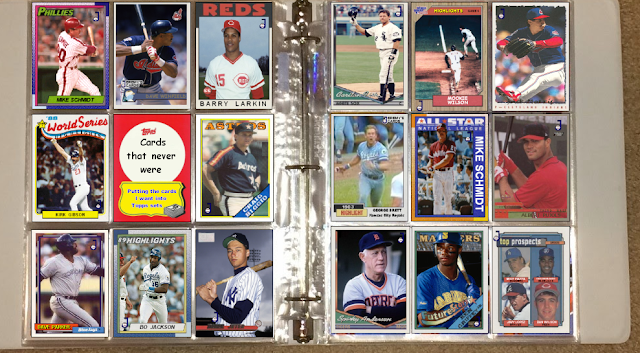 Those of you who were following Jeremy at Topps Cards That Never Were are probably already aware that he appears to be retiring from the blogosphere for good. That's a shame since it's always fun to read what a fellow Tigers fan is thinking, and he produced some pretty cool customs too! Plus, how many people do you know that actually collect the Rays?
Last month marked two years since he first sent me cards, and I've posted PWEs from him on four other occasions: late last year, then this past January, March, and May. This evening I'm back with one last surprise envelope from the erstwhile blogger, one that this past weekend I teased would drive away the clouds and rain that have made up most of the weather around here recently. 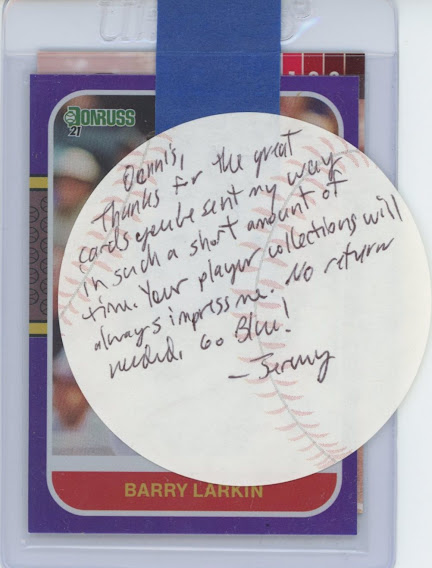 As usual the envelope came with Jeremy's customary baseball-shaped note and a nice message. I owe him just as much thanks for the stuff he sent my way! And that includes the brightness you'll see below: 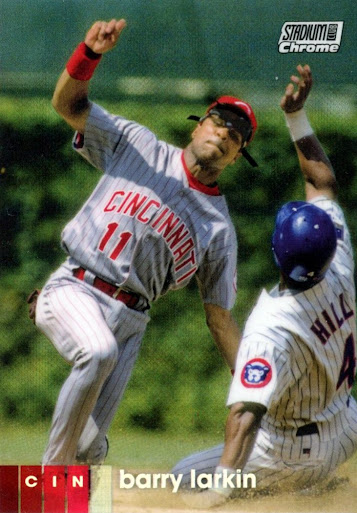 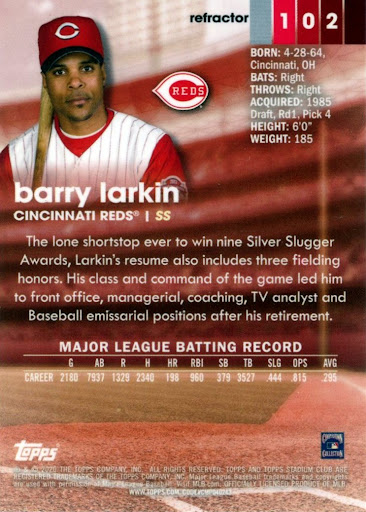 In 1999 Stadium Club Chrome proved to be a beautiful looking insert thanks to Topps combining their perennial best looking base design plus the Chromium elements that took the hobby by storm in other products. It even became its own product for one glorious year in 2000 (and one more time last year). But it's otherwise been a fun insert to find since its 2017 return, and even more fun when you get the Refractor version, which you see above starring one Barry Larkin, a guy I happen to collect. Stadium Club tends to be a Topps product that includes a lot of past HOFers and stars and I'm always glad to see Barry represent the Maize & Blue in sets like this. Plus, I mean, it's a Refractor! 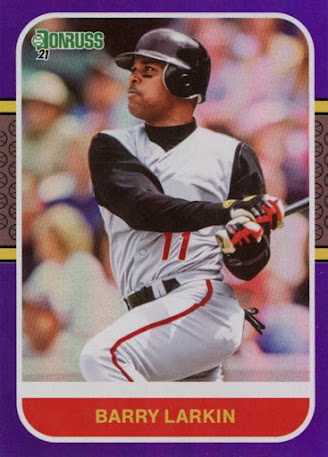 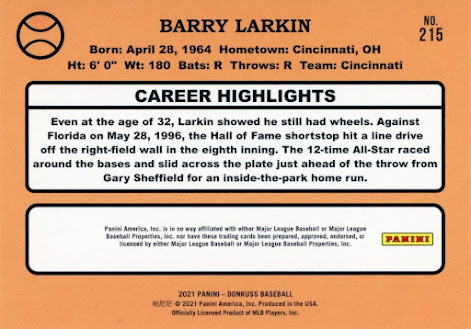 And speaking of shiny Larkin cards, here's my newest version of his 2021 Donruss base: a Holo Purple parallel. I don't tend to think of the Holos as Panini's answer to Refractors as much as I do their various Prizms, which are printed on Chromium-type cards, so I won't compare this to the above Refractor. But I will say it's still a cool shiny insert with a border that makes identifying it a breeze, plus a design that takes me back to Barry's 1987 Donruss RC.
Want to see the Little League home run described on the back you just read? Feast your eyes on this:
There's almost enough shine between these two to make me forget how quickly it gets dark this time of year!
Anyway, I want to say a sincere "thank you" to Jeremy for six envelopes full of some great cards and wish him well as he spends more time with his family. Thanks, dude!
Posted by Dennis at 9:25 PM