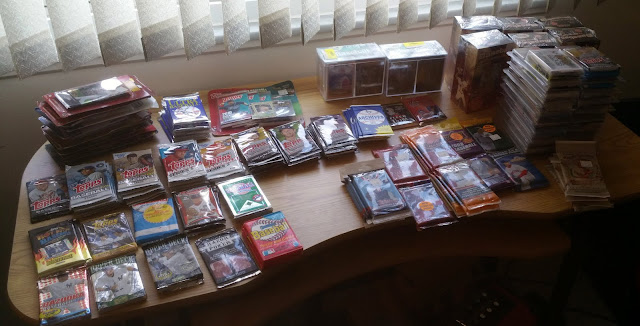 Thanks once again to the folks who made the time to attend my Packening live stream on Youtube last week!  I had a blast busting somewhere in the neighborhood of 150 retail packs and giving away a ton more.

On that note, I'll start with the giveaway's winners.  That's right, winners plural--just about everyone that showed up got some sort of prize!  Here's who they were and what they got:

Congrats to each of you and thanks for your support, as well as that of the other guys who hung out for a bit.  It was a great time and I hope to do something streamable in the future since everyone seemed to enjoy it.

And now what many of you are probably here for:  the results.  I'm currently cropping the live video since there's a lot of dead air for the first roughly 12 minutes.  Once that's done I'll likely embed the video here for your viewing pleasure, though if you're like me and prefer to just see the goods, look right below.  For what it's worth I didn't have time to show every single card, and I also skipped showing a good number of the packs because things ended up taking much longer than I had initially planned. 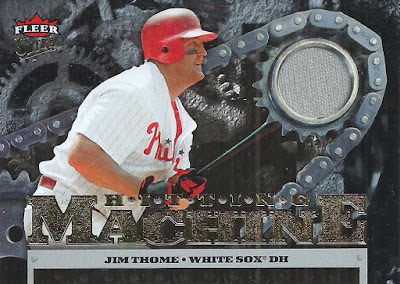 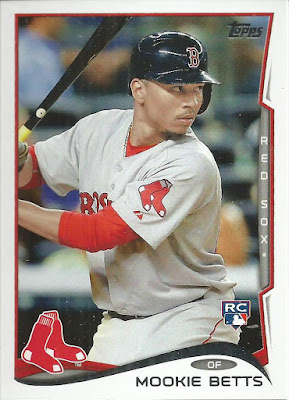 The two biggest hits were a 2007 Ultra Hitting Machines Materials jersey of Jim Thome and a 2014 Topps Update RC of Red Sox star Mookie Betts, easily the most valuable card in the bunch.  I've set aside the jersey for Paul as he's a Thome collector, and I'm keeping the Betts for now as it'll fit in nicely with my RC collection.  I'm just not the type to risk the usual eBay BS to try to cash in on it, and I especially don't get into grading, so I'll happily enjoy a top notch RC! 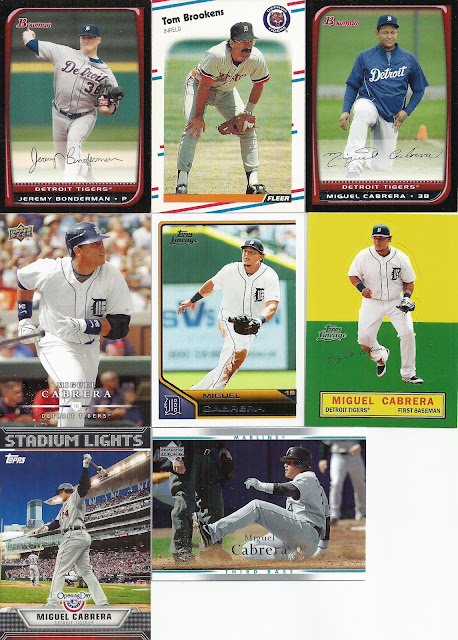 Next up is three scans' worth of Tigers.  Miggy was the PC guy I pulled the most, though in terms of trade bait he got a run for his money or was beaten by Ichiro and/or Kenji Johjima, a couple guys heading Fuji's way.  The Lineage Stand-Ups and Opening Day Stadium Lights inserts were definitely highlights. 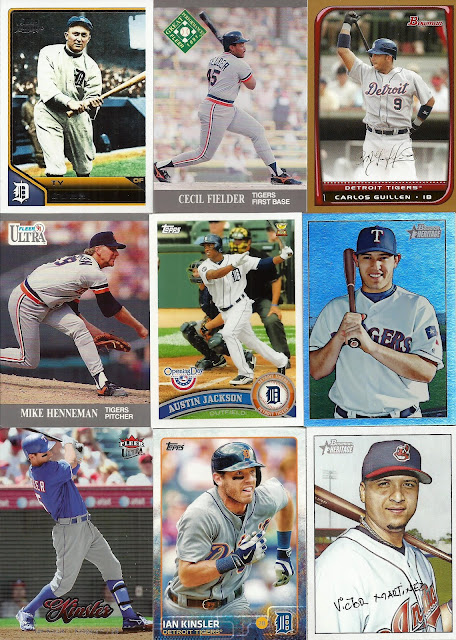 Plenty more familiar faces here.  I filled in some gaps old and newer with some '91 Ultra guys and a trio of Ian Kinsler, including a shiny Heritage parallel. 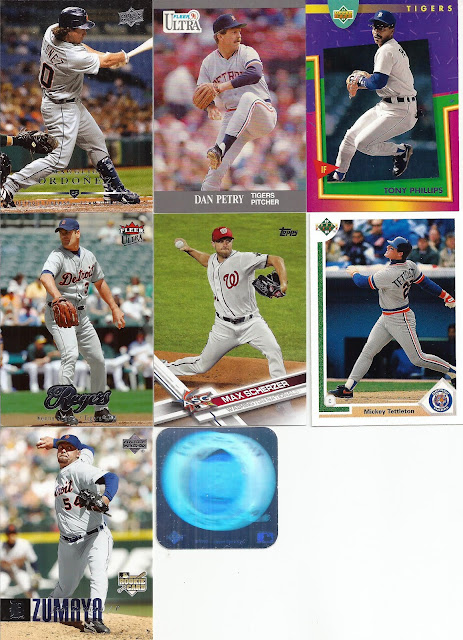 Early 90s issues of blog favorites Tony Phillips and Mickey Tettleton were sights for my sore eyes (seriously, that was a lot of pack busting!), and I liked adding something new of former Tigers star Max Scherzer. 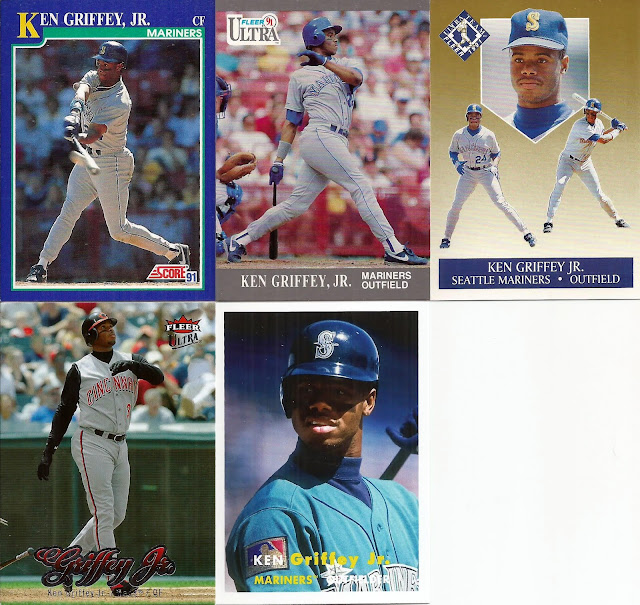 When it came to PC pulls nobody topped Junior Griffey, even if I only needed the last card in the bunch you see above--his 2015 Topps Archives base.  If only I knew one or more people that also collect Griffey.... 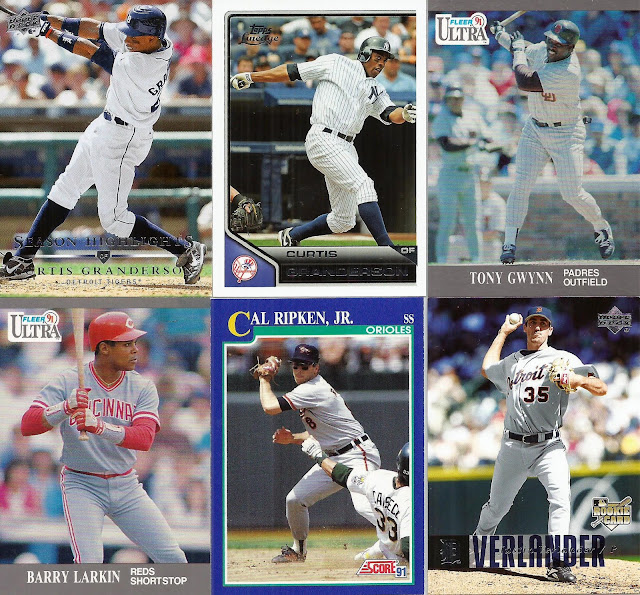 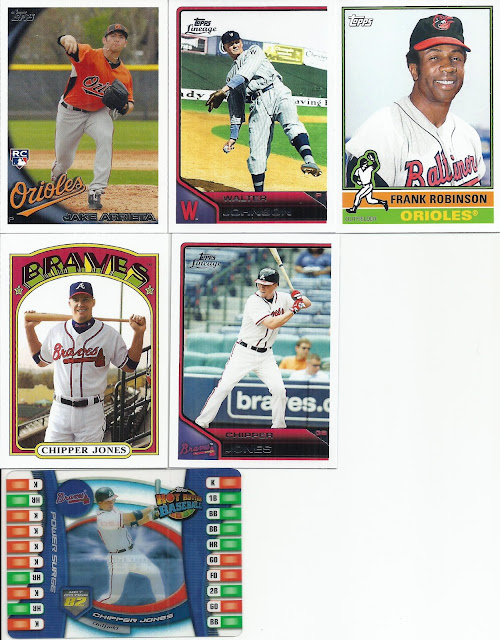 These last couple scans cover the remaining keepers for me.  Arrieta's card is a RC and might be decent trade bait if he can get its value back up a bit.  Johnson and Robinson are HOFers I was happy to keep.  And the Topps trio of Chipper, including the weird/fun Hot Button game card, will happily slot in with the others I've kept of him. 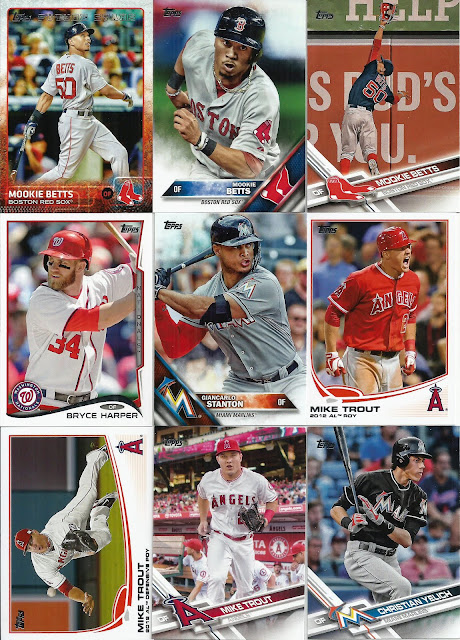 Last up is this bunch of star players from the Dollar Store Topps packs that, again, represent some good trade bait opportunities, especially when I dig into TCDB more.

Pretty much everything else is going into trade packages or my trade box sorted by team, with the exception of a decent stack of '89 Donruss and a larger one of 2006 Topps.  I figured I'd see if anyone who reads this needs some set-fillers, and eventually those can go on TCDB as well.

I realize this relatively short summary may make you think my return on $100 in retail packs was fairly light, but I think I got my money's worth of fun and trade bait with some bonus cards for myself.  And on that note I'd absolutely recommend picking up a few of these packages from Wal-Mart, with a suggestion of two to four to give you a nice variety and better chance of landing something good.  Fuji already mentioned he had a couple on the way and I hope others do and decide to show them off somehow because they're interesting to check out.

With that out of the way I'll be back to trade posts again next!
Posted by Dennis at 8:59 PM