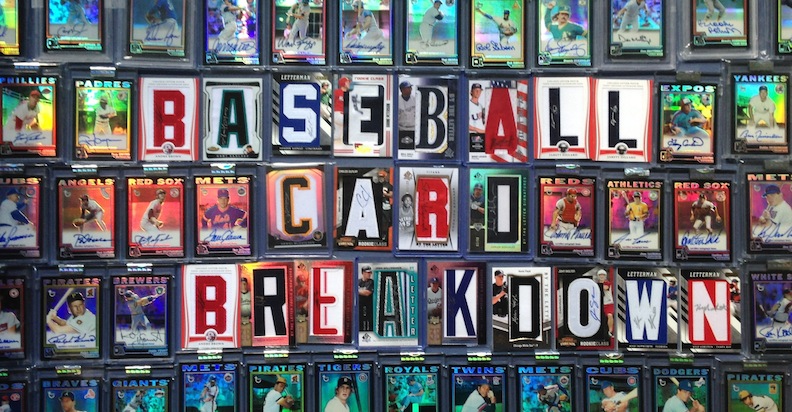 It may be a new year but I still have plenty of cards I received in 2016 to show off!  Better yet, a good number of those come from trade packages, my number one favorite type of post.

Today's package came from custom king Gavin of Baseball Card Breakdown.  I was one out of a large number of folks to receive a PWE of Christmas cards from the blogger born on Christmas Eve, and the contents made me very merry indeed: 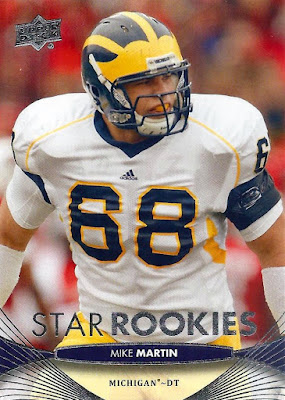 Thank you to Gavin and everyone else who's included Michigan Wolverines in trade packages to me.  This one included this Upper Deck RC of Tennessee Titans DT Mike Martin, and I didn't feel like giving it its own TMM post, but I did want to give him credit of thinking of my favorite team! 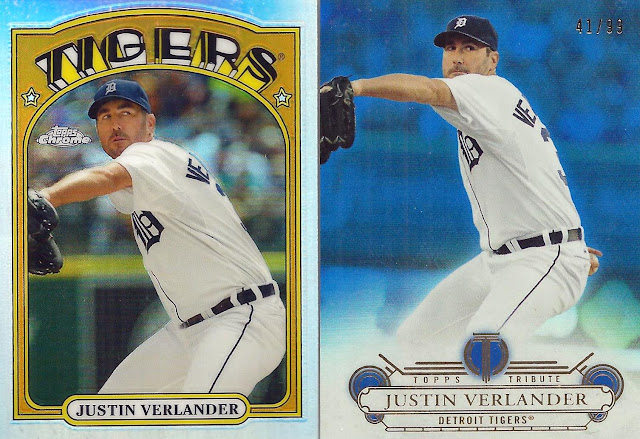 Two many Verlanders!  Gavin bolstered one of my favorite PCs with this pair of shiny Topps issues.  On the left is a 1972 Chrome insert from 2013 Topps Chrome, and while it's not listed that way, it has the trademark Refractor shine to it.  The other is JV's Blue parallel from 2014 Tribute, numbered 41/99, and is a very nice (best color!) addition to the base card I already owned from that product. And a surprise hit:  this Refractor(!) auto of OF prospect Tyler Collins, my first hit of him for my Tigers collection.  Collins was Detroit's sixth round pick in 2011 and was a top-10 prospect for the team for a bit.  He's appeared in parts of the last three seasons and has a shot to continue to earn playing time in Detroit's outfield this season.

Those were some fun pickups, but now it's time for the customs!  Just like the last time I showed off cards from Gavin here--last December--this package included some of his hard work.  I'm sure many of you have seen these by now but they bear posting by anyone who got one thanks to the level of detail he obviously put into them: 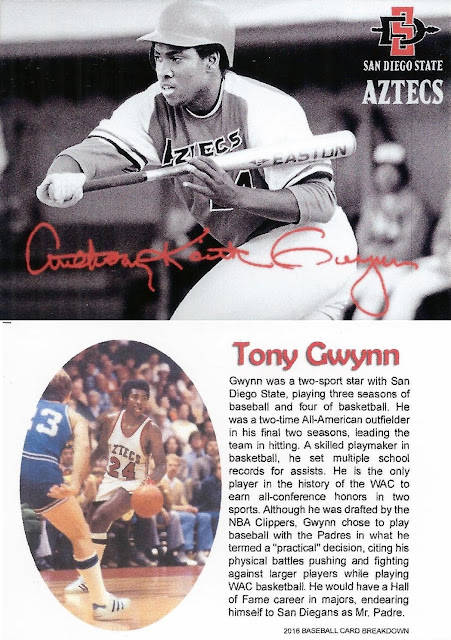 Here's the Tony Gwynn San Diego State baseball/basketball card he produced.  The black and white photo looks amazing and I really like the facsimile signature in red.  Throwing in the basketball photo on the back was a nice touch. 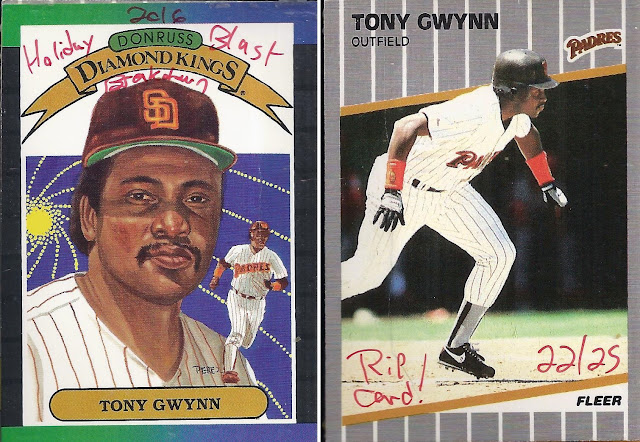 And of course there's the rip card, which I was way too excited to get after seeing others tear theirs open.  My version of the '89 Donruss/Fleer card was numbered 22/25. 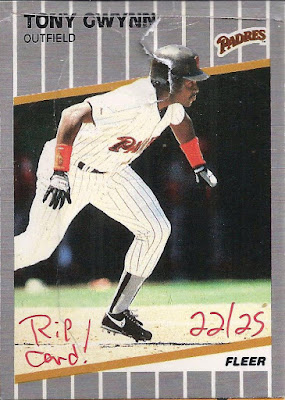 Here's how it looked after I cut into it to pull out the magnet, limiting the damage enough to be able to keep this with the other fun custom stuff I've received from bloggers over the years.  What a great idea! 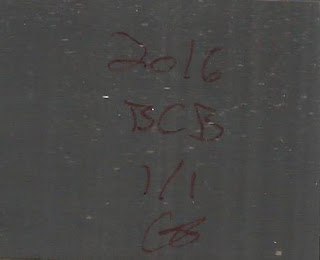 Here's the back of my magnet, noting that it's a 1/1, with Gavin's initials.  This ain't no fake! 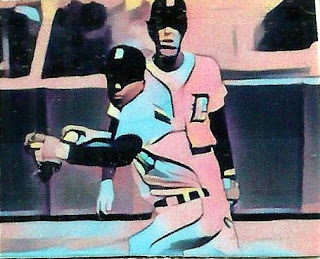 And what I automatically consider the coolest of all the magnets I've seen folks receive.  Sorry, guys, I know you got very well done versions with some outstanding players, but I just don't see how this Lou/Tram combo and the amazing art style can be beat.  Gavin easily exceeded my already high expectations!

Thanks again for a fun post-Christmas treat, Gavin, and I look forward to trading more in 2017!
Posted by Dennis at 4:57 PM