(Yes I still exist, I've just been busy with lots of stuff, which is normal this time of year, but one project in particular will benefit many of you, so stay tuned for that!)

Robert of $30 a Week Habit recently told me he was sending me an "envelope" that would hopefully boost my small Red Wings collection a bit.  Robert understated things a bit: 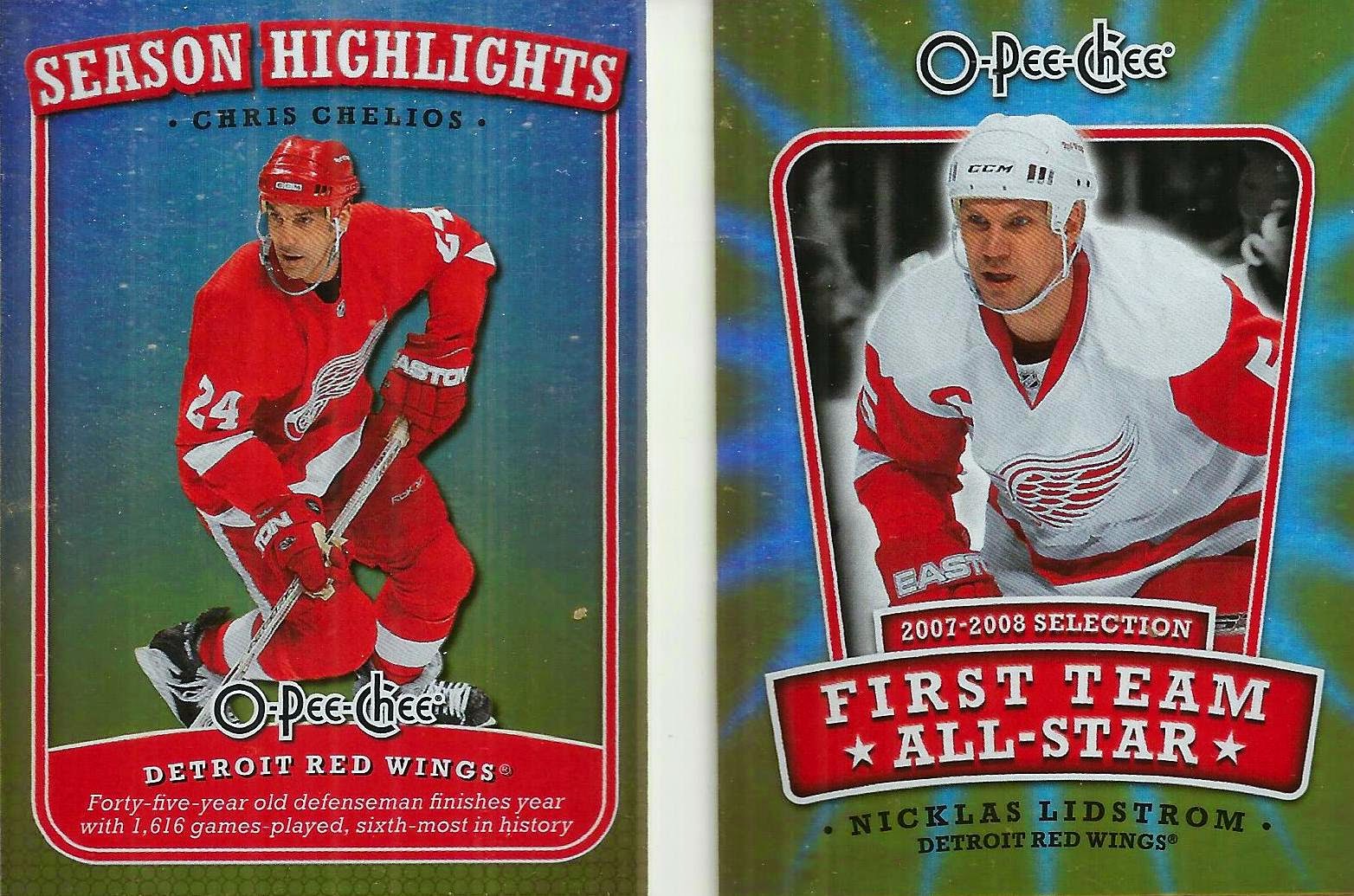 First up is a pair of inserts from 2008-09 OPC, and it just so happens both of these guys are among the greatest to play defense for the Wings.  '07-'08 was Cheli's penultimate season in Detroit, and his last "full" campaign (28 games the following year, then just seven with Atlanta the next to close out his career), which he completed at the ripe old age of 46!  He celebrated by joining the Wings in winning their most recent Cup.  Lidstrom, meanwhile, was indeed an All-Star yet again that year, and won his fourth and final Cup.

Hey, how about some hits? 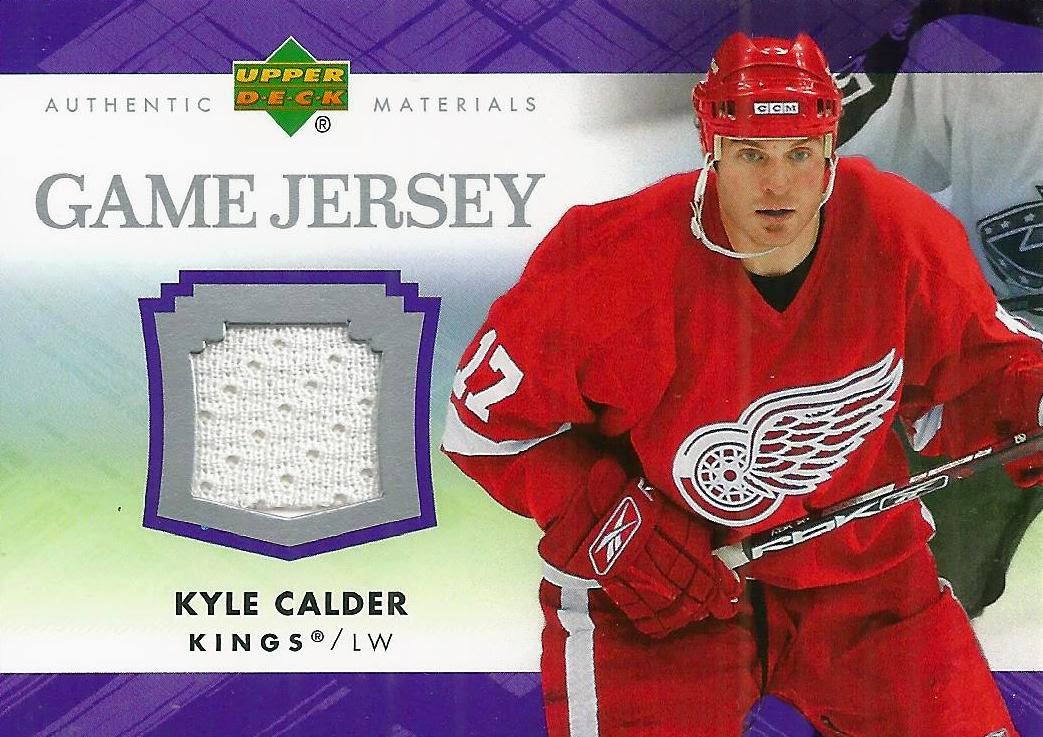 Kyle Calder 2007-08 Upper Deck Game Jersey jersey
I do remember Calder, who last played in 2010, though I had to look him up to remember when he was actually with Detroit.  As it turns out he was flipped to the Wings in February of 2007 and was reasonably effective for them in 17 games, then he signed with the Kings over the offseason, hence the pair of teams represented on the card! 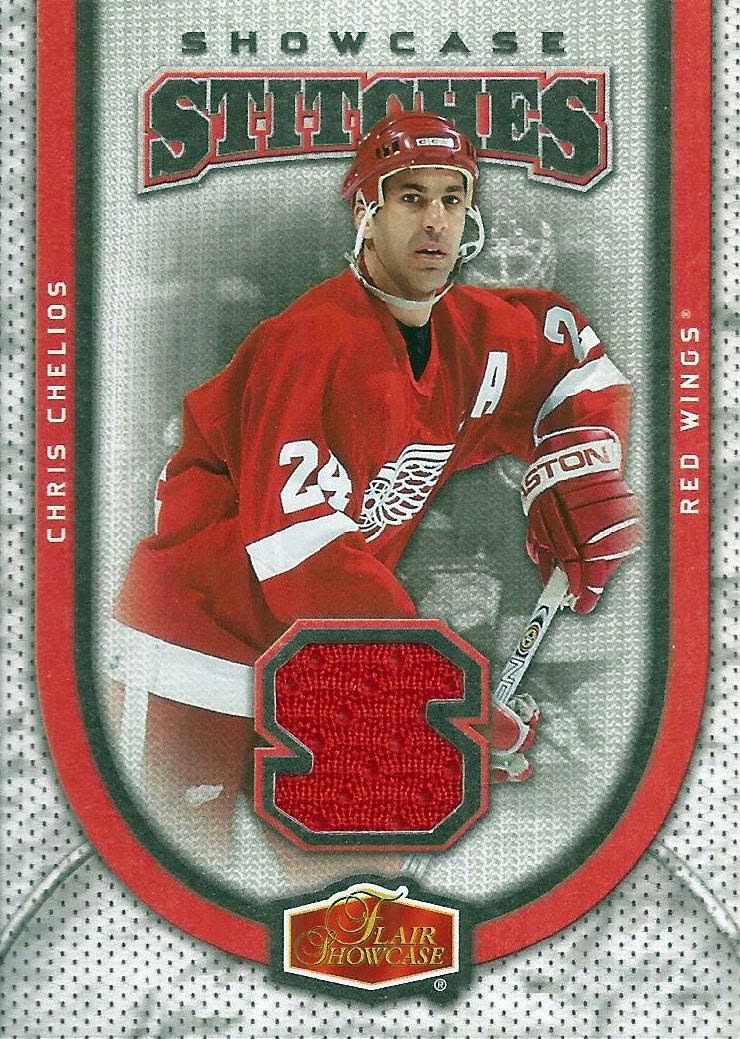 Chris Chelios 2006-07 Flair Showcase Showcase Stitches jersey
Hey, it's that Chelios guy again!  This is my first hit of the HOF D-man, and appropriately enough it comes in the form of a beautiful red jersey. 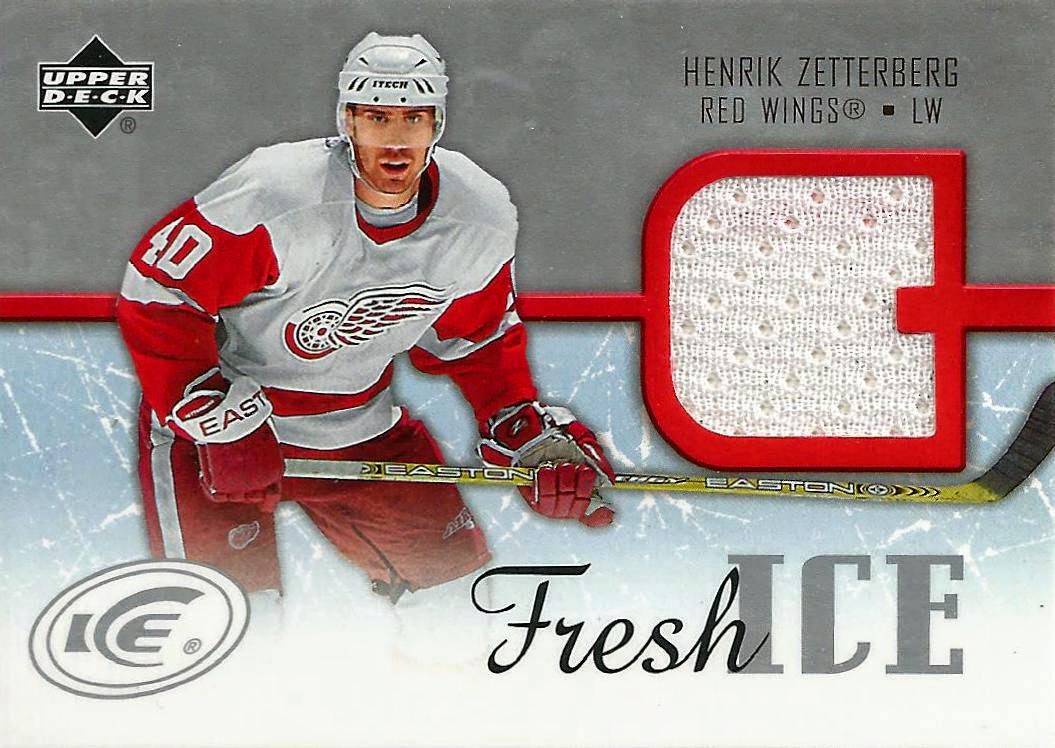 Henrik Zetterberg 2005-06 Upper Deck Ice Fresh Ice jersey
Hank is another member of the 2007-08 Cup-winning squad (his only one so far), keeping that connection going for today's post, and better yet he actually scored the winner that year.  He currently appears on two other cards in my Wings PC: this six-way relic and a dual with Johan Franzen.  His first solo entry is this great UD jersey from their Ice product, which was actually still in existence as of last year.

Oh yeah, and to add to the fun, he threw this in as well: 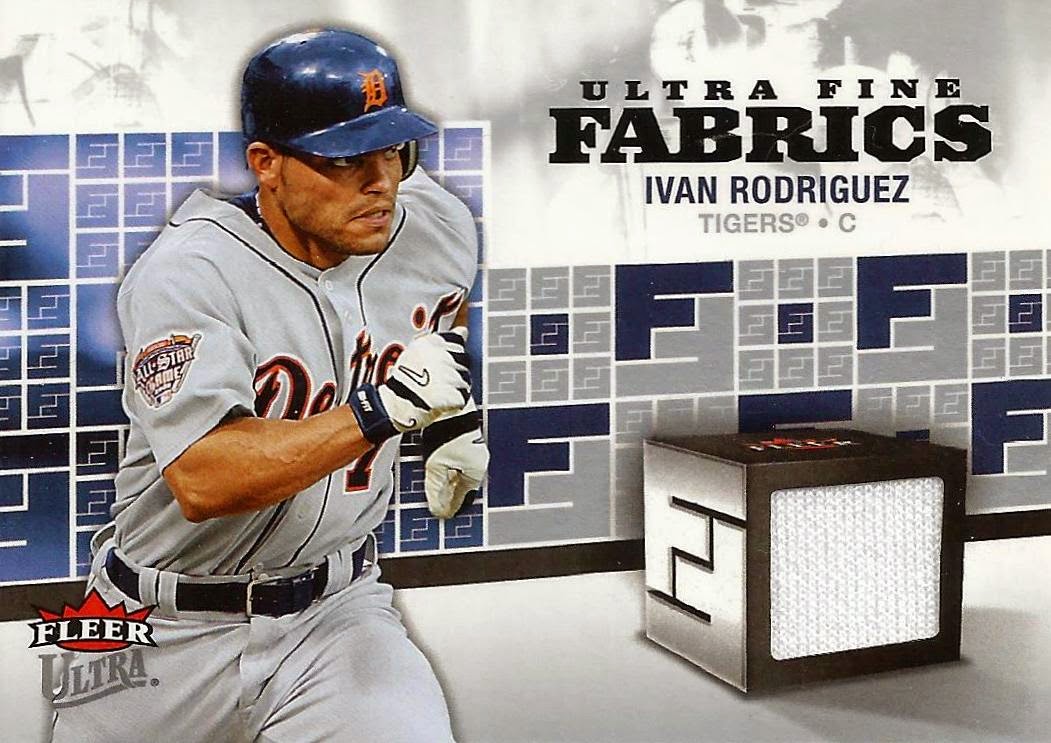 Ivan Rodriguez 2006 Ultra Ultra Fine Fabrics jersey
Keeping up the current-or-future-HOF-Detroit-athletes theme, it's a Tigers jersey relic of Ivan Rodriguez!  It's my third Pudge relic--a base and another jersey--in my Tigers PC, and it was certainly a fun addition to an otherwise hockey-centric package.

Thanks, Robert, for another fantastic package, which, by the way, wasn't an "envelope" but a bubble mailer filled with Detroit goodness!  Readers, head on over to $30 a Week Habit for some excellent blogging (and trading) tonight!
Posted by Dennis at 6:39 PM